Building a Marketplace within a Market 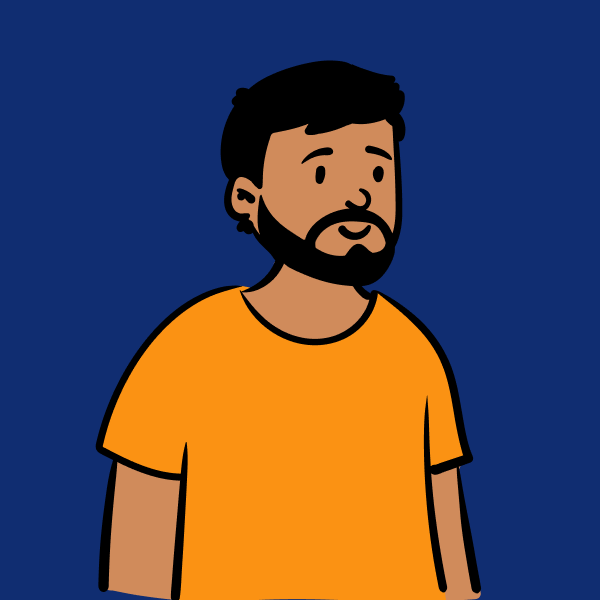 The idea of Subjimandi.app started with the basic premise of solving supply chain inefficiency in produce market.

By the time of our closure it spiralled over into masking the goal of building an alternate marketplace(previous post). This post is our attempt at mapping out the stakeholders that would be interacting with Subjimandi.app.

In any Mandi we have multiple stakeholders interacting, signalling and transacting to one another.

A version of this document was first published as an internal chapter of our company's book.

We will use the term Marketplace and Mandi synonymously as both signify the same meaning.

The difference between a market and marketplace is well explained by Venky from Agribusiness Matters:

Attributing this to most of our off handed conversations about the marketplace/mandi we run.

"We don't need to sell Onion. There will be someone else who will, if we don't."

A market signifies the entire trade not just trade we do. Every time we pass on a procurement, there is an another avenue for the farmer(producer) to sell. Its similar for a buyer as well.

Defining the difference between Markets and Marketplaces.

Our eventual success as a marketplace is defined by the overall conditions of the market. As it is the market that will set our constraints and conditions.

Similarly, we cannot sell at a higher delta than local mandi(s) where we are acquiring buyers. They will compare us to the other marketplaces(local mandi). We are constrained by the existing market structures and status quo trade practices.

Marketplace/Mandi are digital/physical entities that comprise of the rules the one operating them sets. We constantly see how auctioning changes from one Mandi to another one but across the mandi(s) the trade of Onion is happening on weight of produce calculated post the sale.

Overall Onion trade in India can be called as onion market, the process of sale can differ between marketplaces/mandi(s). Like, the Mandi sales of Onion is different in Nashik and Solapur. 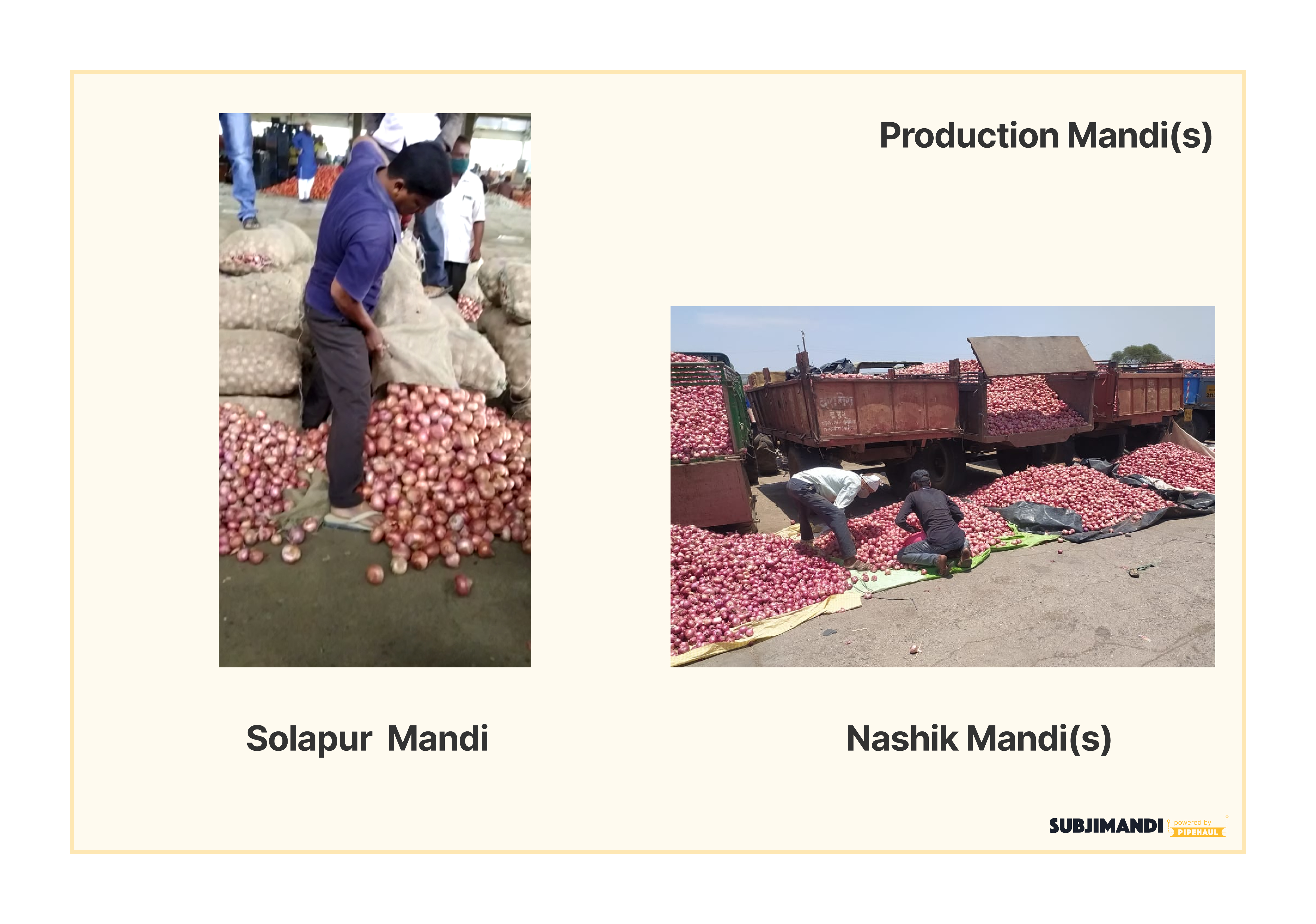 Coming back to the point Venky conveyed by mentioning 'power of markets'. Markets have all the power where as marketplaces are places with differentiating rules, value proposition and trade conditions that define a new approach to the market in order to gain some power.

Our reason behind positioning that there is 'no money' in produce for us as we approached the market with Subjimandi.app that is building an ecosystem of stakeholders with integrated logistics(Pipehaul).

We alone cannot do everything across a particular produce supply chain. We want local entities/stakeholders to become a part of it and build thriving businesses transacting through us.

The stakeholders to make our marketplace work are defined and categorised keeping the commodity that is being traded as the focus. In this spirit, this is our attempt to define the stakeholders that will be part of the produce trade. These definitions are not all complete. But, more as a starting point to identify the people/entities we will work with in this market. 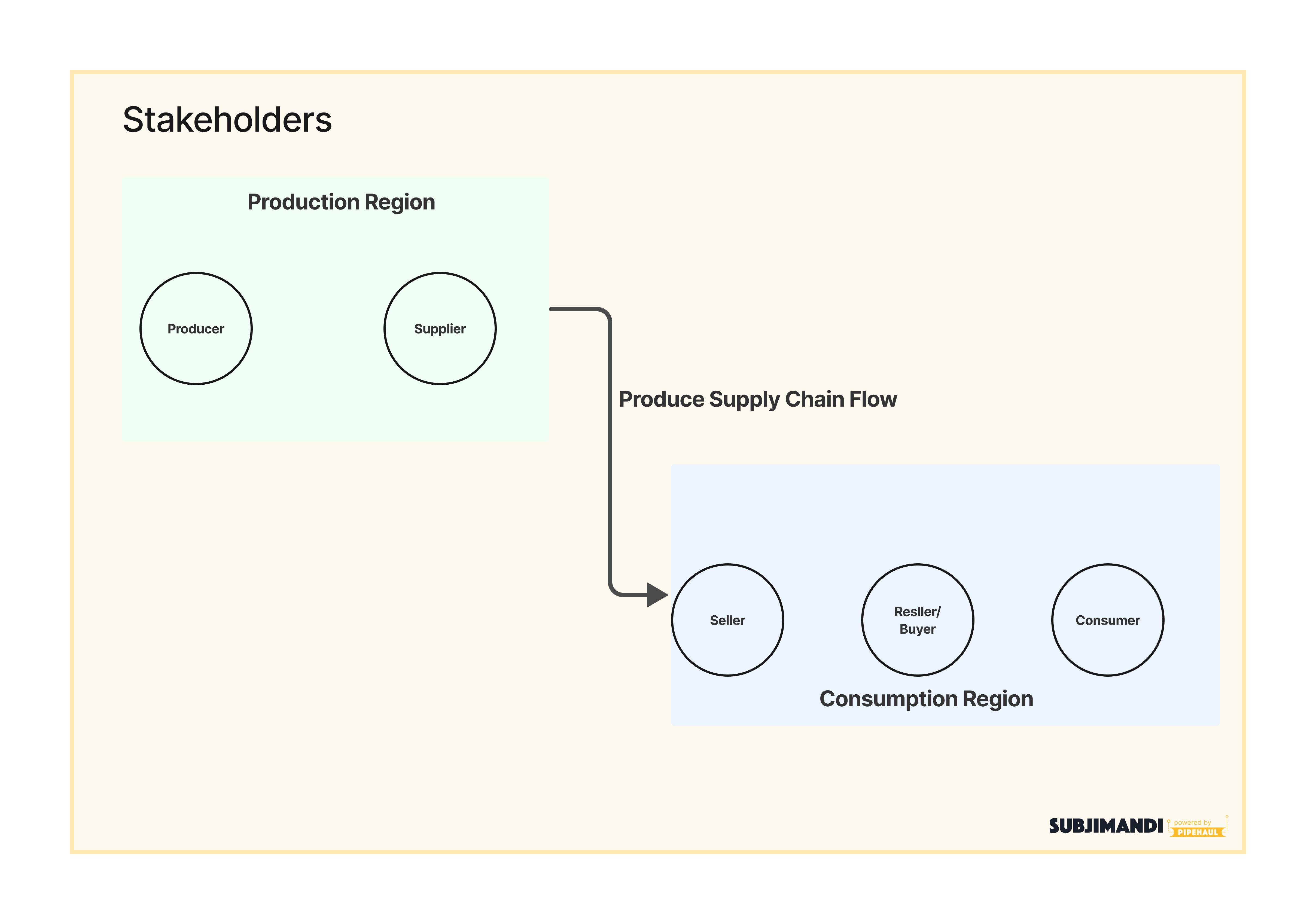 The existing marketplaces are designed to optimise for one set of trade between one pair of stakeholders.

In produce markets, flow of trade need not happen linearly or sequentially. Let me use the help of Illustration to make this point. 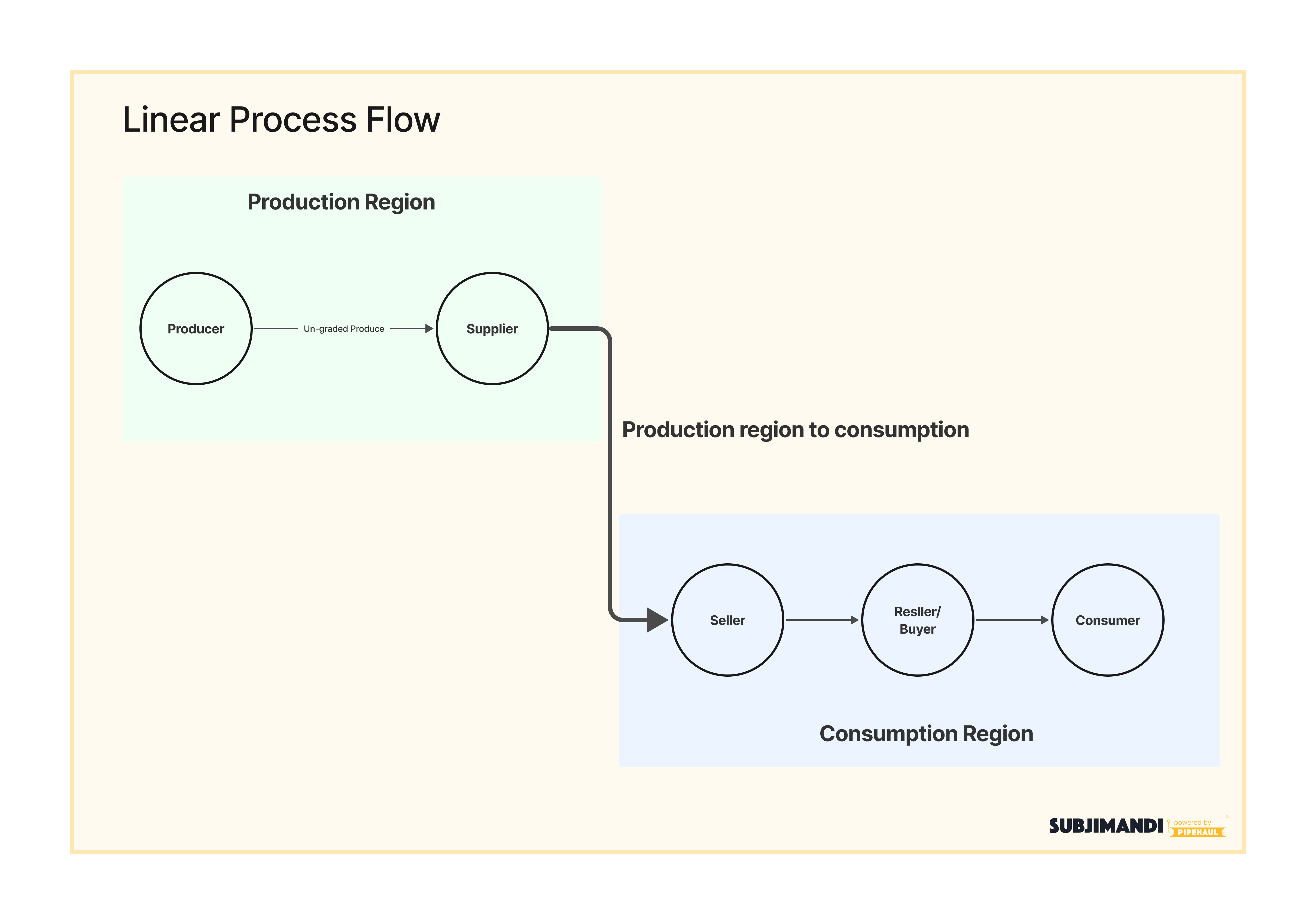 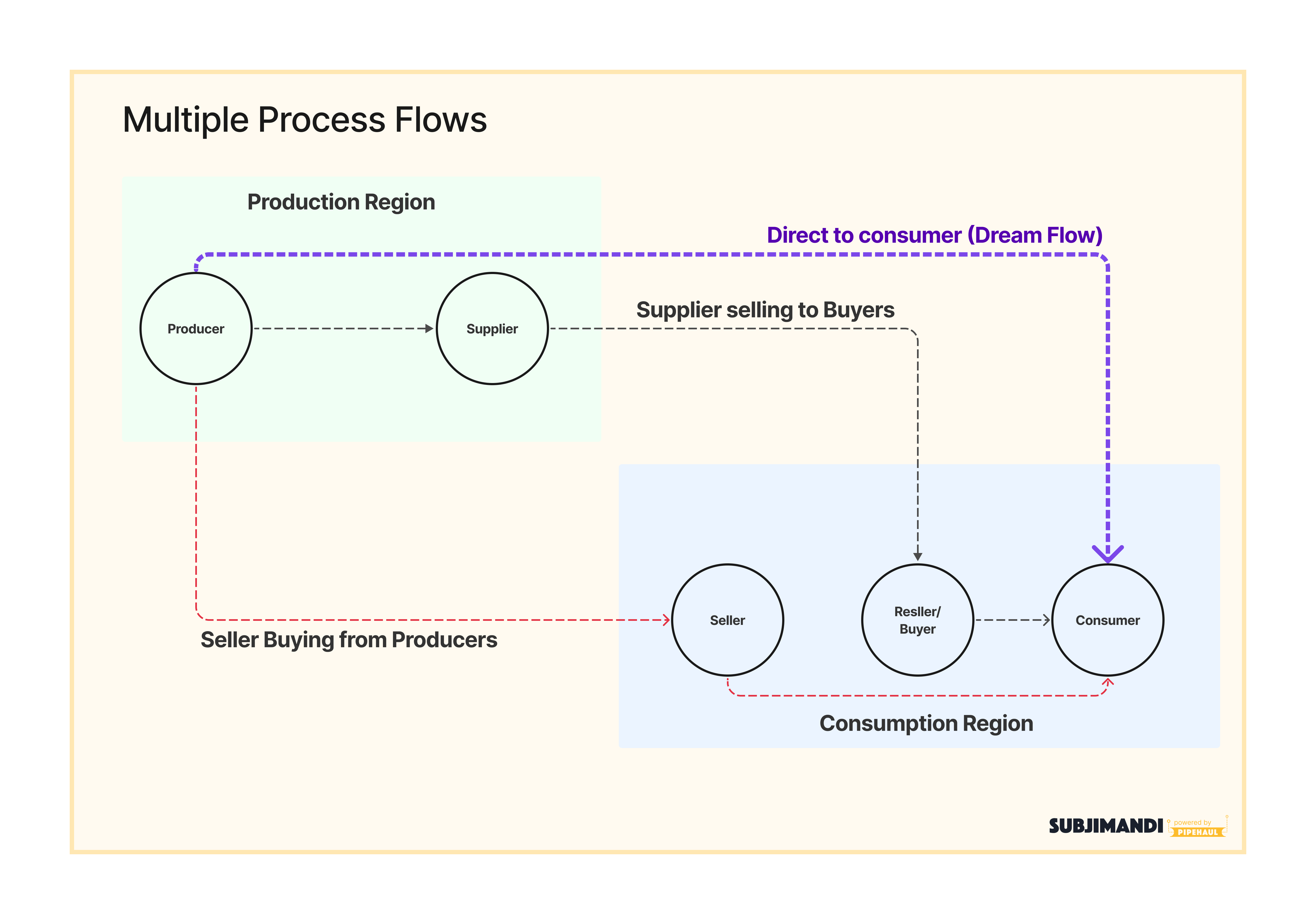 Yet, There is no harm in striving to achieve the utopia and be optimistic about our chances. Few of the building blocks that are requisite for this flow to happen is providing feedback loops to both consumers and producers. But the most important step to make any of this happen is building a common understanding of what is traded among all stakeholders. This is why "We grade, you trade" became the the tagline of Subjimandi.app.

A special thanks to Venky and his newsletter for helping us define the difference between markets and marketplaces(🔒). You should also subscribe to his newsletter if you want to keep yourself updated and aware of the hard questions that Indian agri-space is looking to answer. (Subscribe here)